Many of the latest WikiLeaks dumps fueled by Julian Assange have revealed some damning information about the deep state – particularly the Central Intelligence Agency (CIA) of the United States. Tech Crunch called the latest WikiLeaks dump the most damaging to the CIA thus far. With Vault 7 revelations, news that our iPhones are really “spy” phones, and even our home internet connections are being used to surveil us, is there anything “good” about the current state of the CIA, NSA, and other intelligence agencies of the shadow U.S. government? More importantly, what has Trump got up his sleeve?

It becomes ever more interesting, since the very same data dumps by WikiLeaks surrounding Hillary Clinton and the Democratic National Committee, Podesta, and Pizza Gate are likely what helped get Trump elected. Now, Trump seems to be baiting the Department of Justice to haul Julian Assange in on questionable charges through the new director of the CIA, Mike Pompeo, and the U.S. Attorney General. 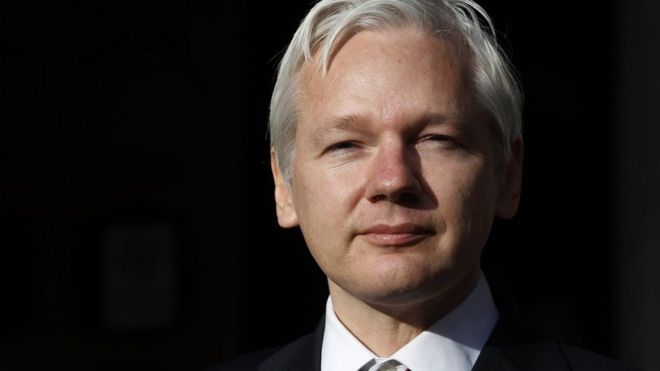 Pompeo recently suggested that “Assange’s days as a quasi-free man are numbered,” but it gets even more bizarre considering Trump had to be vigorously shaking Assange’s hand at one point in the recent past.

Despite threats to be held for criminal charges, Assange released more damning information about the CIA. This includes a 31-page user guide for the CIA device called “Weeping Angel” that can turn on Samsung televisions and use their internal microphones to record audio. The tool was developed by the CIA and the UK’s MI5 intelligence agency and pretends to turn itself off while continuing to spy on you in your own living room.

The U.S. Attorney General, Jeff Sessions, is now vowing to bring Assange in. Are Trump and Assange working covertly to try to get Assange to testify and release even more damning information that would make WikiLeaks revelations seem secondary? Or has Trump really turned his back on the same man that almost single-handedly helped him win his post?

Even more interesting is the fact that President Trump has said that he won’t object if federal prosecutors file criminal charges against Julian Assange as the Justice Department ramps up its probe into the WikiLeaks publisher, even though just six months ago he was praising WikLeaks for its role in pushing a trove of information out to the public.

So – we can also assume that the Russian hacking story promoted by well, just about every deep state news outlet is also a moot point? First it was blame the Russians, now its blame Assange.

Something smells fishy here, but it is becoming increasingly confusing to know if what is happening. Is this a covert operation played by the usual deep state players, or are the white hats playing an entirely different set of chess moves to finally reveal the complete infiltration of the US intelligence agencies by private, non-national interests (the cabal).

Even more confounding is that this all might be coming from the inside – as the latest Vault 7 dumps seem to suggest. Is the deep state about to self-implode or have we all been set up as lemmings again?

If WikiLeaks is shut down, we certainly will have fewer outlets to divulge the unconstitutional and immoral acts of the shadow government.

What do you think is really happening?