Chemical, synthetic pharmaceutical companies like to down-play the effectiveness of natural, plant-based, herbal remedies, but a new study has proven that almost 30,000 (and counting) plant species are used medicinally throughout the world.

A report released by the Kew Gardens based proves that traditional, plant based medicine can not only heal us, but attests to what herbalists, Ayurvedic and Traditional Chinese Medicine practitioners along with the Aboriginals, Mayan and American Indians have been preaching for eons – we need plants. What’s absolutely crazy about these findings is that we only document about ten percent of all the plants used medicinally in scientific journals – that is, publications which are supported primarily by the institutions which largely keep us from our own inherited, collective wisdom.

When Big Pharma lacks a blockbuster drug, they simply outsource the “science” to prove that their latest chemical concoction will heal us – all the while hiding that it is full of carcinogens, dessicated human cells (aborted fetal tissue), and even the very viruses that cause pandemics.

And then – there are the nootropics – a whole class of mind-altering and mind-expanding plant based medicines used by shamans and healers to cure our spiritual woes just as effectively as our physical and mental ailments.

Consciousness-enhancing and cognitive-performance-boosting plant medicines have been around for a very long time, most notably playing an important role in ancient Indian and Chinese medicine at least 5,000 years ago.

Ayurveda has been using bacopa monnieri (Brahmi), an herb native to India for thousands of years to boost meditation and brain power.

Ashwagandha, or Winter Cherry is also known in Ayurvedic circles, for boosting brain power, and raising the consciousness.

Gingko Biloba is one of the best known Traditional Chinese Medicine plant compounds, known to balance yin and yang energies in the body and mind.

Ayahuasca, an Amazonian remedy made from the vine Banisteriopsis caapi (often called caapi) and the leaf Psychotria viridis, (known as chakruna), has psychedelic properties, but it also heals profoundly.

There are hundreds of thousands more.

Many of these plants don’t cause a psychedelic high but simply help us to access higher states of consciousness. Could this be why Big Pharma keeps downplaying the effectiveness of 30,000 plants used worldwide that can’t be patented?

The study also points out that the focus of world trade on relatively
few species of medicinal plants leads to sustainability and conservation issues, which ultimately lead to other plants being substituted, with potential risks to human health.

Did you know for example: 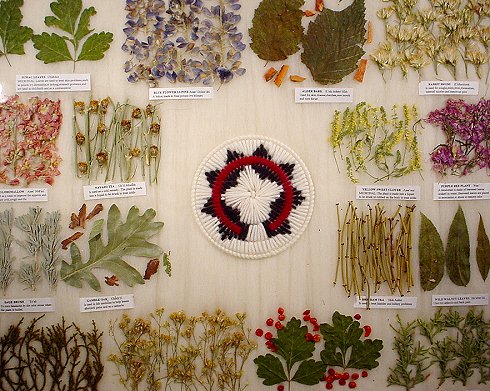 Millions of medicinal plants have not yet been documented.

Then there are hundreds of thousands of plant species which we have not yet named or documented for their medicinal use.

Big Pharma can attack plant medicines all day long, but the proof is there – they’ve been healing us for centuries, and continue to heal us today.

Floating Space City, ‘Asgardia’ Holds Meeting on Earth to Dispel Fears It Will Be a “Kingdom”

U.S. Imprisons More of Population than Any Country in World as Dutch Close More Penitentiaries Due to Low Crime Rates