Mobile devices have become one of the most popular ways to play games in recent years because of how accessible they are to so many people. Lots of mobile content has very fun gameplay, along with good design and graphics, but thought-provoking stories can be hard to come by.

Over the past year, I have been working with a team of writers and developers to create a mobile game that breaks storytelling barriers in the industry. The team consists of roughly twenty-five people located all over the world, including a few activists and writers you may recognize from the circles I work in. 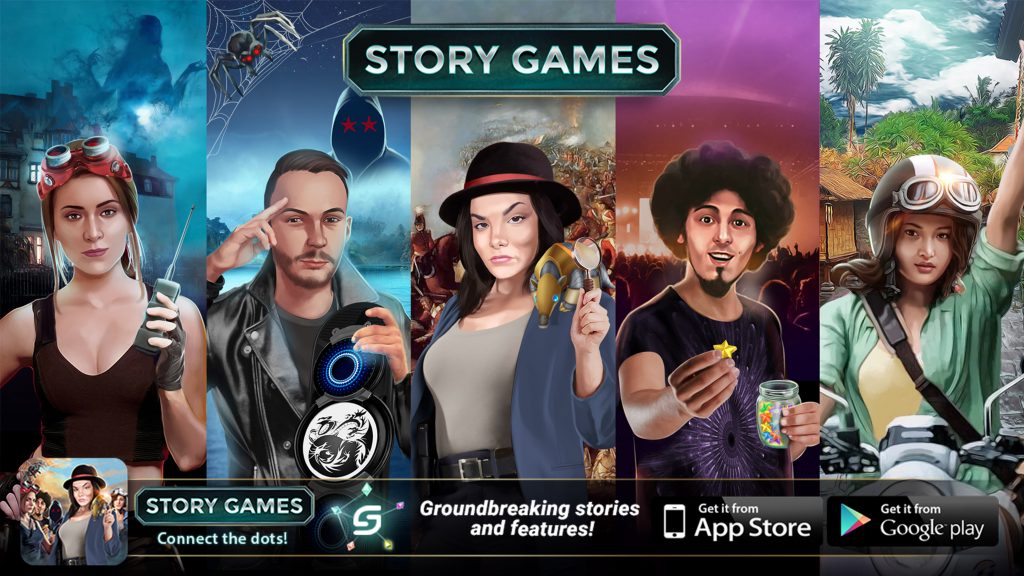 The beta version of the Story Games, which was released this week on both iOs and Android, features five of the six stories currently in the collection, with another story planned for release in the near future. Among these first three stories is an adapted version of my recent book, Paper Squares and Purple Stars: My Life As A Rave Outlaw. Just like the book, this story explores the world created by prohibition, lived through the eyes of the people who usually don’t get to tell their side of the story. 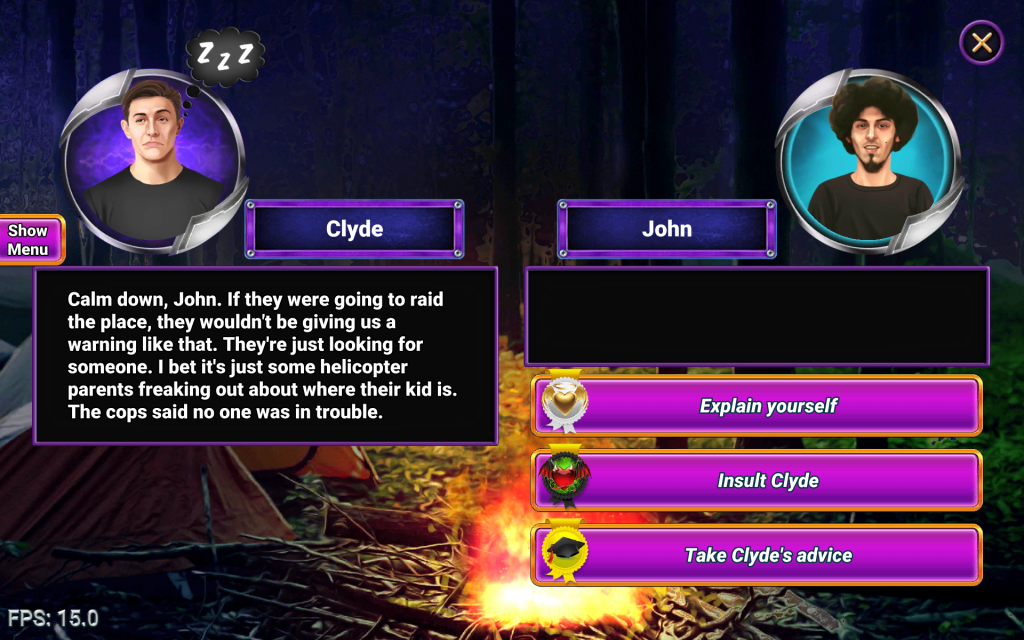 Readers of my book will notice some familiar scenes and characters, but because the player’s path through the game is shaped by the choices they make, the story can end up unfolding very differently from the real-life version of events in my memoir. The other stories in the app are built in a very similar “choose your own adventure” style and they all have their own rebellious themes, raising questions about things like war, government experimentation, media censorship, and financial corruption. 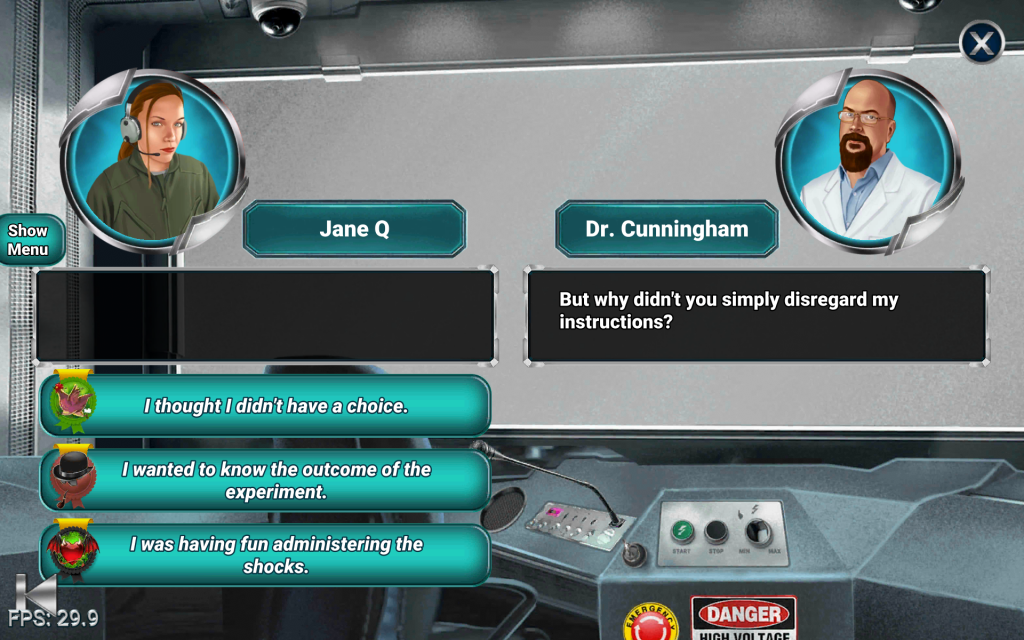 One of these stories, Mission: Control, puts the player through a series of tests very similar to experiments that governments have conducted on people in the past. In one chapter, the player is assigned the duty of drone operator and is forced to decide how to respond to a kill order. One mission is a recreation of the famous Milgram Experiment, with the player in the role of a volunteer being asked to electrocute another test subject.

The “brief” for Mission: Control begins:

“You and your partner are US Air Force pilots, selected by Mission: Intelligence to serve in a highly experimental, highly classified research program known only as “Mission: Control.” A secret Justice Department memo released by Wikileaks has convinced the public that they’re recruiting drone operators, but behind closed doors, you know it’s much more than that…” 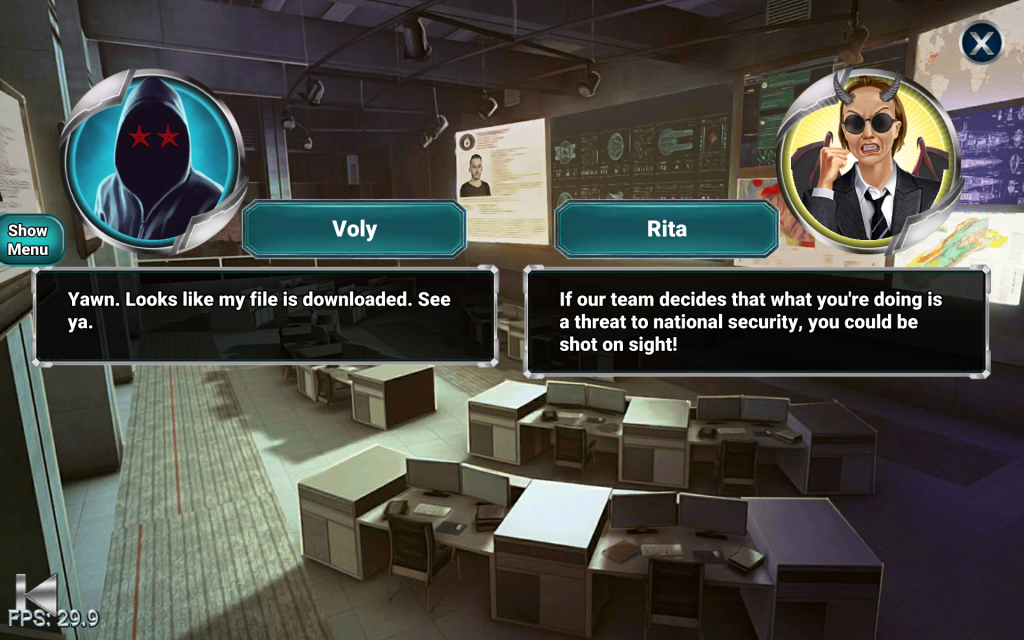 Another story included in the beta release is Immortalized, which stars a small group of subversives who take on US Intelligence and the power elites via hacking, superior technology, and ingenious schemes in a style the Boondock Saints would be proud of. The story covers different angles on controversial topics, such as crypto-currencies, freedom of speech, surveillance and censorship, encryption, and gun control. It also features some pretty awesome technology, like hoverboards, invisibility suits, and more.

Immortalized develops into a roller coaster of a story filled with unexpected twists and turns, where the player can make decisions for heroes and villains alike. Whether you charm your way through, ask the deeper questions, act with goodwill, malice, or a sense of humor is entirely up to you.

Other features to notice in Story Games are the sophisticated visual and sound effects, awesome soundtracks that you can choose between, and a unique Time Travel Mode that lets you backtrack in a chapter and choose another path. You can also take screenshots and share them to social media directly from the game to access hidden content, and there’s even an affiliate program with rewards for players who help spread the word about Story Games. 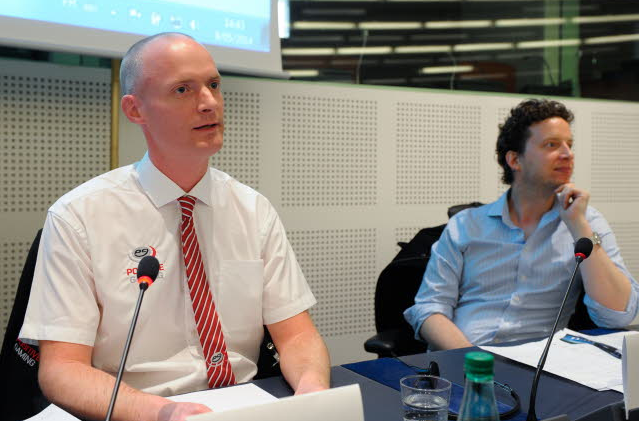 Ole started his first company from scratch at age twenty-two, and was selling his products in ten different countries by the age of twenty-six. Ole began his adventures in gaming in 2004 by successfully registering his game Machine Dance, based on the hit game Dance Dance Revolution, as an official sport in Norway. He then hosted six European Machine Dance Championships, with players coming to compete from nineteen countries, which regularly garnered international media attention. Later, Hoeie created iDANCE, a dance game that can connect up to thirty-two players at a time. iDance was adopted by organizations in several countries as a tool to fight childhood obesity, and was also used in multiple university studies on cognitive ability, motivation, and learning. Hoeie was even invited to a panel debate on the digital revolution at the first European Youth Conference of the European Parliament in 2014.

At its core, Immortal Games is using the mobile gaming platform to spread ideas, encourage players to problem solve, and help people think for themselves in fun, innovative, and thought-provoking ways.

You Can Camp for Free and Dig for Your Own Crystals, Gemstones at This Mine Near Atlanta