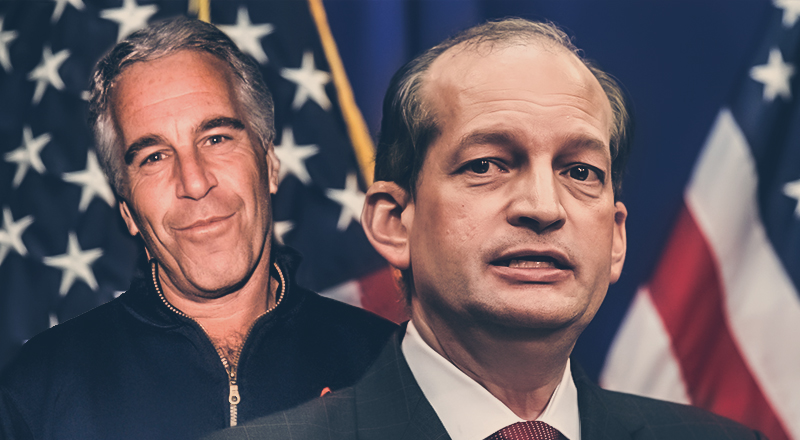 (TMU) — U.S. Secretary of Labor Alexander Acosta said on Friday he will resign his position amid fallout from the Jeffrey Epstein sex trafficking case.

Speaking to reporters, Acosta made the announcement while standing outside of the White House while and next to President Donald Trump.

Trump said that Acosta called him Friday morning with his decision, and added that it was the Labor Secretary’s idea to step down.

As the former U.S. attorney in Miami, Acosta infamously cut Epstein a non-prosecution plea deal in 2007 for charges relating to the sexual exploitation of underage girls.

Under the agreement agreed to by Acosta, Epstein did not face federal criminal charges and put an immediate stop to a separate federal investigation. The deal also sealed the indictment records.

As the Mind Unleashed reported on Thursday, after being asked if the Epstein case would cause a problem in his confirmation hearings for Labor Secretary, Acosta reportedly responded that he only ever had one meeting about the case, having “been told” to back off the case and that Epstein was above his pay grade.

“I was told Epstein ‘belonged to intelligence’ and to leave it alone,” Acosta allegedly told his interviewers.

Jeffrey Epstein Petitions Court to Live Under House Arrest in His $77,000,000 Mansion