(TMU) — Have you ever heard of an “ocean desert”? While the concept may sound odd, it is changing how biologists are perceiving some areas of the ocean that are not “rich” in sea life.

“Biological deserts” is another name given to these portions of the ocean due to the low amount of life.

The lowest level in the ocean food web consists of abundant and productive phytoplankton—tiny ocean plants that convert carbon dioxide to organic carbon and whose green chlorophyll is visible from space. Satellites detect this chlorophyll and scientist use the data to estimate ocean productivity.

“We saw that the low-productivity area of the west Pacific was expanding, and we wondered if it was unique or if it was happening globally,” said ocean biologist and satellite data enthusiast Jeffrey Polovina. It is predicted that the warmest portions of the oceans will become less productive thanks in part to climate change.

“The climate models are on century timescales and suggest that the rate of expansion of these expected low-productivity areas will be slow.”

Scientists from the Max Planck Institute for Marine Microbiology in Bremen, Germany have been assembling an inventory of microbial life in the world’s most remote ocean region, the South Pacific Gyre (SPG). This is considered to be an ocean desert. However, due to its vast size the microbial inhabitants of the area contribute to global biogeochemical cycles. This insight was achieved by creating a modern tool that enables the on-board analysis of the smallest organisms in the ocean. 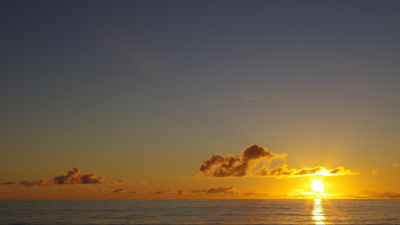 The SPG covers 10% of the ocean’s surface. A cruise from Chile to New Zealand helped test the pipeline used to study organisms living in this zone and found that the overall microbial community of the SPG was highly similar to those of other oceanic gyres. 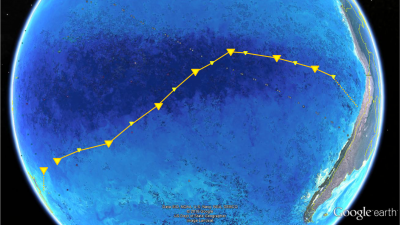 The SPG was dominated by 20 major bacterial clades such as SAR11 (part of the Pelagibacterals, composed of free-living bacteria, making up roughly one in three cells at the ocean’s surface). The distribution pattern showed that most of the bacterial clades had a strong vertical (20 m to 5,000 m) but only a weak longitudinal (80°W to 160°W) concentration.

The alphaproteobacterial AEGEAN-169 marine group was particularly abundant in the surface waters of the central gyre, indicating a potentially interesting adaptation to ultraoligotrophic waters and high solar irradiance. This is defying the perception of the “ideal” environment that we had before about where these microorganisms can proliferate.

This research was made possible thanks to the method that enabled the scientists to analyze samples right after collection.

“We de­veloped a novel on-board ana­lysis pipeline… which de­liv­ers in­form­a­tion on bac­terial iden­tity only 35 hours after sampling.”

Considering the complete process, these analyses may take many months.