More than 20 years old now, The Matrix is recognized by fans across the world as being one of the most brilliant films in history, most notably for its deeper meaning and esoteric philosophy.

One scene that is particularly intriguing, considering the social climate of today, is Neo’s interrogation by the Agents of the Matrix.

Now, before we dig into the potential hidden meaning here, as I perceive it, and how Neo found himself in this uncomfortable position to begin with, let’s first establish some key points in relation to the overall story line that will help us to appreciate the implications behind this scene a little bit more.

What Does The Character Neo Represent in the Matrix?

Neo in ancient Greek (νέος) means new/young one. This is an important piece of the puzzle to help us understand what the directors of the film are trying to communicate to us. With that said, when we assess Neo’s character in the first film, we find that he is a solitary individual that keeps to himself and is struggling to find deeper meaning in this world by constantly searching the internet.

What Does The Character Morpheus Represent in the Matrix?

Morpheus in Greek mythology is a messenger of the gods. He appears to humans through dreams with the intention of delivering divine Knowledge and Truth. In the Greek mythos, he can appear in almost any form in people’s dreams, which could be because anyone, regardless of race, gender, or outward appearance, can be a messenger of enlightenment and Truth.

With the understanding of the deeper meaning behind what Neo and Morpheus’ characters represent in the film, we can now appreciate the intro scene of Neo sleeping (whilst searching for Morpheus) through a different lens of perception and awareness.

You see, Neo sleeping whilst searching online for Morpheus represents the early stages of the Truth seekers journey — “asleep” but still searching for deeper meaning in life — and hoping to find that meaning by seeking out a “messenger” of higher Knowledge and Truth.

Truth is Terrorism in the Empire of Lies

Through his incessant efforts, Neo begins to get closer and closer to finding the elusive Morpheus. This, however, also attracts the unwanted attention of the Agents in the Matrix, which represent the enforcers of the shadow government of this system. Their job is to ensure that no one exposes what the Matrix really is, and how it turns unsuspecting every day human beings into useful resources that it can use and exploit. 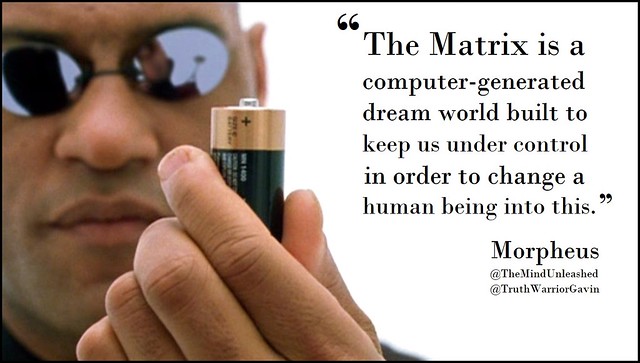 The Agents proceed to apprehend Neo and interrogate him, where they make it very clear that they’ve been spying on him and keeping meticulous records of his activities, both online and offline, for quite some time now. As we all know very well today, all around the world intelligence agencies are doing exactly that — tracking what we view online and keeping meticulous records on many of our movements.

The agents, however, do not see Neo as being a major threat to the Matrix system, as he is still in the early stages of his awakening and does not know enough to be a major threat. Instead, they offer him a deal where they will be willing to “wipe the slate clean” on his illegal activities online, if Neo will simply help them track down the man they call Morpheus, who they claim is “a known terrorist” that is “considered by many authorities to be the most dangerous man alive”.

This represents that the single greatest threat to this manipulative system — which is overwhelmingly ruled by deception and exploitation — is any messenger of higher Knowledge and Truth that can potentially awaken those who are still “asleep” to what the proverbial Matrix really is. In fact, one could argue this sort of power struggle has been going on for thousands of years, and is possibly why Socrates was accused of “corrupting the youth” by the ruling class more than 2,000 years ago and subsequently sentenced to death; or why Fred Hampton was assassinated by government authorities in 1969; or, in more recent history, why civilians that were peacefully protesting against Wall Street and the bankers for their part in destroying the world economy in 2008, were targeted by the FBI and even labelled as potential “domestic terrorists“.

Simply put, Truth is terrorism in the empire of lies.

Neo, still being somewhat naïve and unbegun in his journey, rejects the Agent’s offer and demands he get a phone call because “I know my rights!”

To this, Agent Smith retorts, “tell me Mr. Anderson, what good is a phone call if you’re unable to speak?”, which results in Neo’s mouth warping in the most eerie of ways.

This scene represents a lesson that all genuine Truth seekers eventually come to learn — this system is not concerned with human rights nor is it concerned with upholding authentic justice. Instead, it inculcates these beliefs and misperceptions into our minds from a very young age, because it serves to help legitimize its unnecessary existence in the eyes of the unsuspecting public and indoctrinate us as to why we think we need it. But in reality, our government guaranteed “rights” can be taken away from us in the blink of an eye.

In relation to current events, for example, many thousands of people worldwide have been arrested for violating curfew orders; In one Indian state, civilians were told they must take selfies every hour and send it to the authorities to prove that they are staying indoors; in South Africa, some have been fined for not wearing masks while driving their cars; In Boston in the United States, people have even been told that they will be fined if they walk “the wrong direction” down the street; Homeless people in France have reportedly been fined for not staying indoors; Some people have been arrested for attending funerals of loved ones because it violated lockdown orders; Others (including doctors and scientists) have had their right to freedom of speech censored online; In Australia, a pregnant woman was actually arrested in her home for facebook posts that encouraged protesting against the lockdown; According to the International Labor Organization, tens of millions are being pushed into unemployment; and travel all around the world has been severely restricted by these authorities who have taken it upon themselves to be the rulers of this planet by dictating what the rest of us can and cannot do. Whether you agree with these policies or not, these things cannot logically be called “rights” since they are so very easily violated and taken away from us. 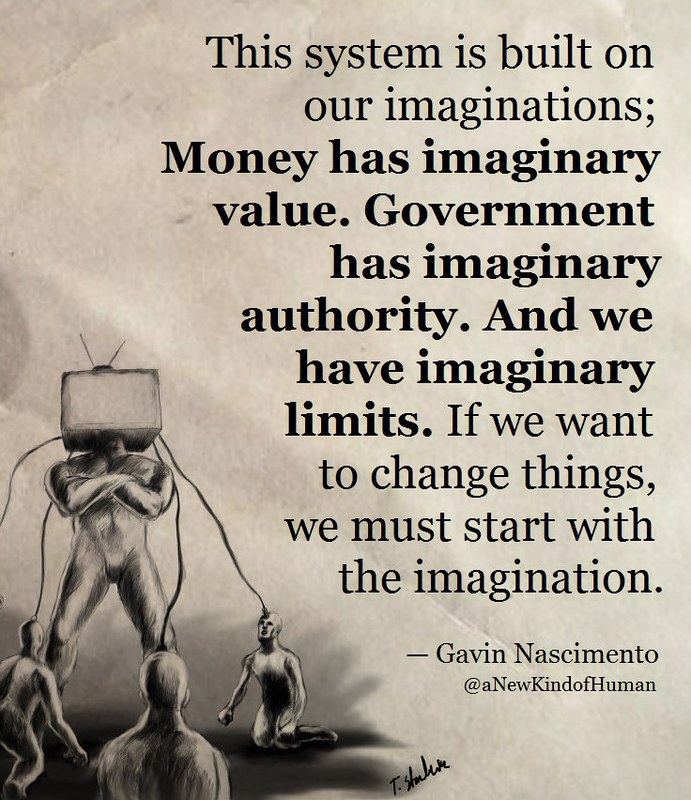 There are many other examples that demonstrate how our government given “rights” are more of a comforting illusion than an actual reality, such as the CIA’s secretive Black Site torture programs, which have been done in cooperation with other intelligence agencies and authorities throughout the world. In these programs, people have been kidnapped — without any legal criminal charge or trial — and then taken to undisclosed secret locations where many of them are tortured for many months on end, in ways that are considered to be in violation of international law and basic human rights. The CIA, of course, simply claims they are suspected terrorists. In 2014, however, a Senate Intelligence Committee Report found that at least 26 of the people that were kidnapped and tortured were actually “wrongfully detained”.

Wake Up Neo — You Are the One

Fortunately, Neo manages to escape this unthinkable situation without any serious injury or harm. Soon after, he is contacted by Morpheus, where he is told that he was very lucky that the Agents underestimated his great potential and spared him, because if the Agents had known the great secret that Morpheus knows, then Neo would probably be dead.

Confused by the obvious strangeness of everything taking place, Neo asks Morpheus what the hell is going on, and what exactly is he talking about?? Without hesitation, Morpheus replies to him, “You are the one Neo — You see, you may have spent the last few years looking for me, but I have spent my entire life looking for you.”

This is perhaps the most important lesson the new Truth seeker must eventually come to learn — We are the ones we have been waiting for to change this corrupt world my friends; and we must stop looking for heroes and human leaders to absolve us of this very serious responsibility. Instead, we must all take on the role of Morpheus — which is to awaken as many Neo’s (new minds) as we possibly can, whilst also taking on the role that represents the journey of Neo, by challenging ourselves to become the best version of who we authentically are.

By doing this, we will help to awaken and unleash the unique creative forces of each individual’s problem solving imagination; and we will also find unity in our shared struggle against the injustices, and corruption, of this inhumane system which invariably exploits us all.

If not us, then who? And if not now, then when?

All my work is open source and I encourage it to be reproduced. I only ask that you give me credit, and include links to follow me — as listed in the EXACT FORMAT above — in an effort to help me build a formidable following of people truly intent on learning and creating positive change. If you are not willing to do that, you are NOT permitted to use my work.

This Clever & Controversial Artwork Will Help You Think Deeper About Society