Researchers from the Max Planck Institute of Immunobiology and Epigenetics have confirmed an important hypothesis in an emerging and controversial field – that we inherit much more than our genes from our parents and grandparents, but also a set of gene expression instructions that cause a proclivity toward positivism and joy, or sickness and depression.

We receive inherited genetic instructions for how our genes will form based on our parents’ diet, lifestyle, and environment. These activities play a major role in switching particular genes on or off.

Researchers from the Max Planck Institute of Immunobiology and Epigenetics now have an answer to the question of deterministic genetic traits vs. environmental factors. They have shown that it’s not just inherited DNA that regulates gene expression in human offspring; it’s also inherited epigenetic instructions.

Some of the most robust research conducted on this theory now proves that epigenetic modifications accumulated throughout the entire life can cross the border of generations and be inherited to children or even grandchildren.

This is fascinating news when coupled with further research which suggests we can also change our own epigenetic expression throughout our lives simply be altering our diets, level of physical activity, time spent in nature, positive activism, etc. Especially so in light of the fact that the “better” our healthcare gets, the sicker we all become.

For example, smoking changes the epigenetic makeup of lung cells so that even the grandchildren of those who smoke are more likely to have lung disease. Taken to the positive side, those who run two miles a day, and eat a healthy diet, while abstaining from smoking, pass on an epigenetic expression for lung cells to form in a healthy way.

Environmental stressors for example will cause a set of genes to become methylated. Methylation appears to influence gene expression by affecting the interactions with DNA of both chromatin proteins and specific transcription factors. Although methylation patterns are very stable in somatic cells, the early embryo is characterized by large alterations in DNA modification. 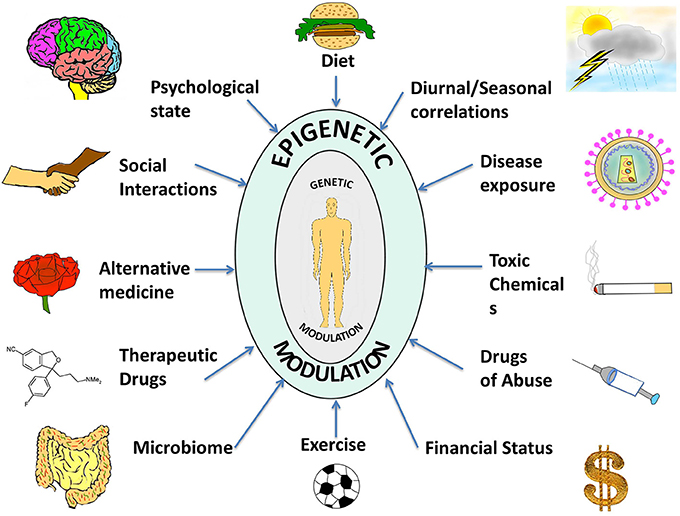 This also means that though we may have inherited a gene expression that would support cancer or depression, we can change how our genes express with our actions in the present moment, while also affecting positive change for future generations.

As people’s physical and mental health seems to be falling apart all around us, we have an opportunity to take charge of our own genetic evolution and it doesn’t happen in a petri dish, nor through bio-genetic engineering. It happens by making different choices. This act is one of defiance against transhumanistic, AI propaganda which tells us we must augment ourselves with robotic parts to overcome sickness and death. Or that we must give up our brains to the AI cloud to stay “smart enough” to thrive.

As various thought leaders argue we are headed for the Fourth Industrial Revolution, characterized by a range of new technologies that are fusing the physical, digital and biological worlds, impacting all disciplines, economies and industries, and even challenging ideas about what it means to be human – they ignore a multitude of research which states we can heal ourselves. Sickness is, in fact, a lie perpetuated by an industry which would make us into compliant slaves. Our bodies were intelligently designed to heal themselves when given the right environment to do so.

You can change your gene expression.

We already have the power to change our own DNA, and the DNA of our children by our healthy diets, or habit of meditation, our time spent in nature instead of in front of a screen, and the disengaging from a matrix that causes stress and disease. Now, the science even proves it.

Nature of Life vs Inspiration and Ideaflow: the Fixed Axis of Creation in Astrology