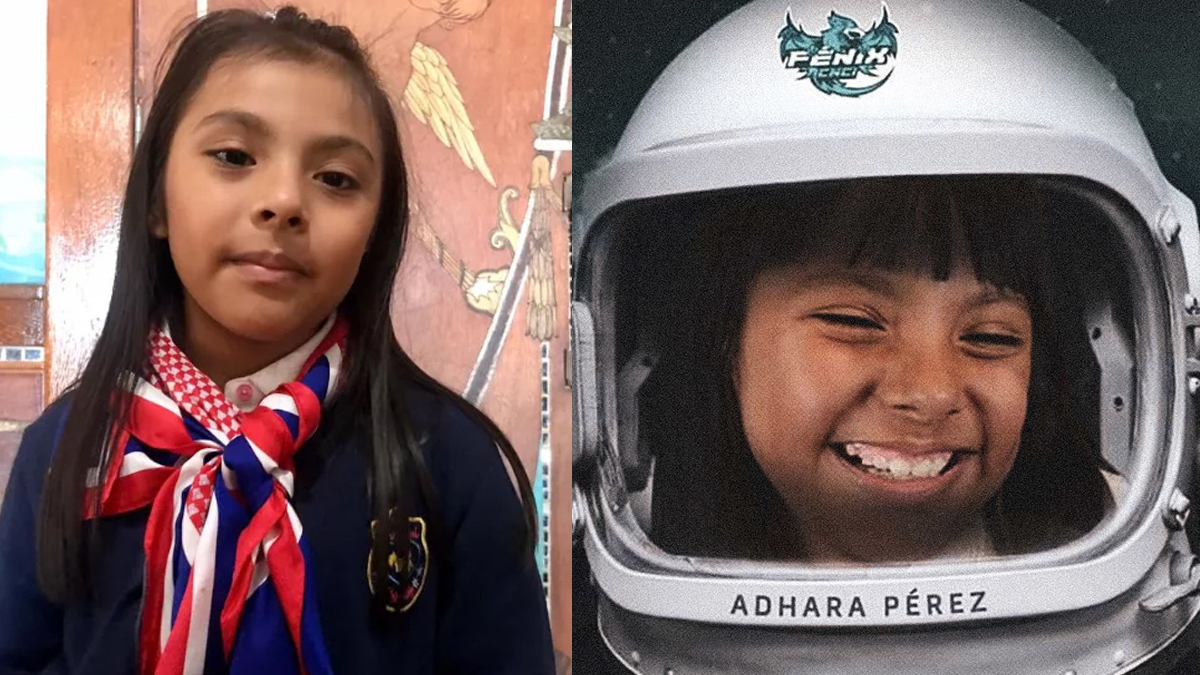 Adhara Pérez may only be nine years old, but she already has big dreams – which is only fitting, considering the Mexico City native has an IQ of 162, a score even higher than quantum scientists Albert Einstein and Stephen Hawking.

Adhara has been taking IQ tests since she was only four years old, and has been applying her considerable brain power to studying advanced subjects that some of us could only dream of grasping.

At the age of seven, she was already ranked by Forbes magazine in 2019 as one of the most powerful women in Mexico.

The young prodigy is already studying for two degrees: one is systems engineering at the Universidad CNCI, and the other is industrial engineering at UNITEC.

To top it off, she’s been invited to join the Aeronautics Program in Alabama and to study Space Science at NASA, reports Telemundo. She hopes to eventually become an astronaut.

However, the youngster is aiming to continue her studies at the University of Arizona and is quickly learning English in hopes of preparing to pursue her dreams.

“I have to stay there for three months to learn and get accustomed to hearing and speaking English,” Adhara explained to NBC San Diego.

At the age of three, Adhara was diagnosed with autism and bullied by neighborhood kids in the Mexican capital for being different. The youngster eventually fell into a deep depression, but this also began her journey toward a brighter future.

Upon being placed in therapy by her mother, she underwent various IQ tests and got a score of 162 – two points higher than Einstein and Hawking, who each scored 160.

Upon finishing high school at the age of eight, she began working on her degrees online. She’s also already written a book about her experience being bullied and the need for perserverence.

“Do not give up, and if you don’t like where you are, start planning where you want to be!”