The announcement that scientists at CERN had discovered three new “exotic” particles came just as the word began to spread that the Large Hadron Collider will be turned on for the first time in three years at CERN.

“The more analyses we perform, the more kinds of exotic hadrons we find,” said Large Hadron Collider beauty (LHCb) physics coordinator Niels Tuning in a CERN press release. “We’re witnessing a period of discovery similar to the 1950s, when a ‘particle zoo’ of hadrons started being discovered and ultimately led to the quark model of conventional hadrons in the 1960s. We’re creating ‘particle zoo 2.0’.”

Their research led to the discovery of a new category of “pentaquark,” as well as the first-ever pair of “tetraquarks,” with one of the tetraquarks in the pair representing an altogether new category.

The Higgs boson particle, commonly known as the ‘god particle,’ was discovered by scientists at the Large Hadron Collider (LHC) ten years ago. This particle is believed to have played an essential function in the early development of the universe.

Physicists will be able to get a better understanding of the process by which quarks combine to produce composite particles as a result of the recent discovery of subatomic particles.

“Finding new kinds of tetraquarks and pentaquarks and measuring their properties will help theorists develop a unified model of exotic hadrons, the exact nature of which is largely unknown,” said LHCb spokesperson Chris Parkes. “It will also help to better understand conventional hadrons.” 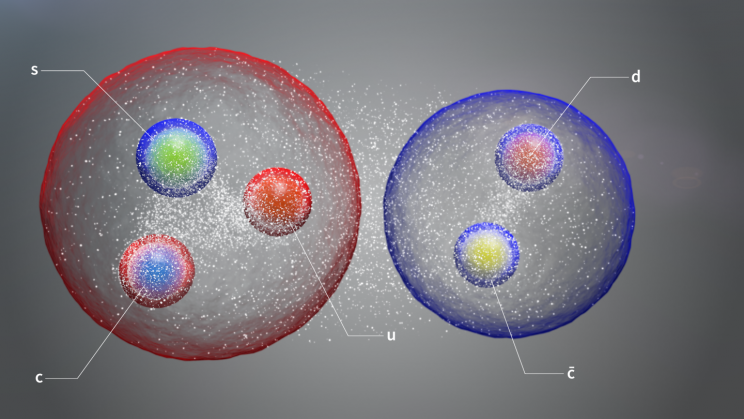 An illustration of the new pentaquark, made up of a charm quark and a charm antiquark and an up, a down, and a strange quark. Source: CERN

Hadrons, such as protons and neutrons, are constructed from quarks, which are fundamental particles that often unite in groups of twos and threes to produce hadrons. Quarks very rarely combine together to form bigger combinations, such as four-quark and five-quark particles, tetraquarks, and pentaquarks. 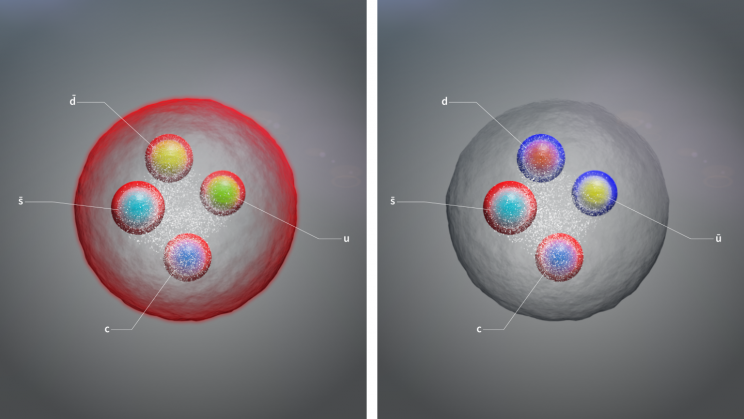 The legacy left by the Large Hadron Collider continues to become even more magnificent thanks to the contributions of scientists working on the LHCb experiment.